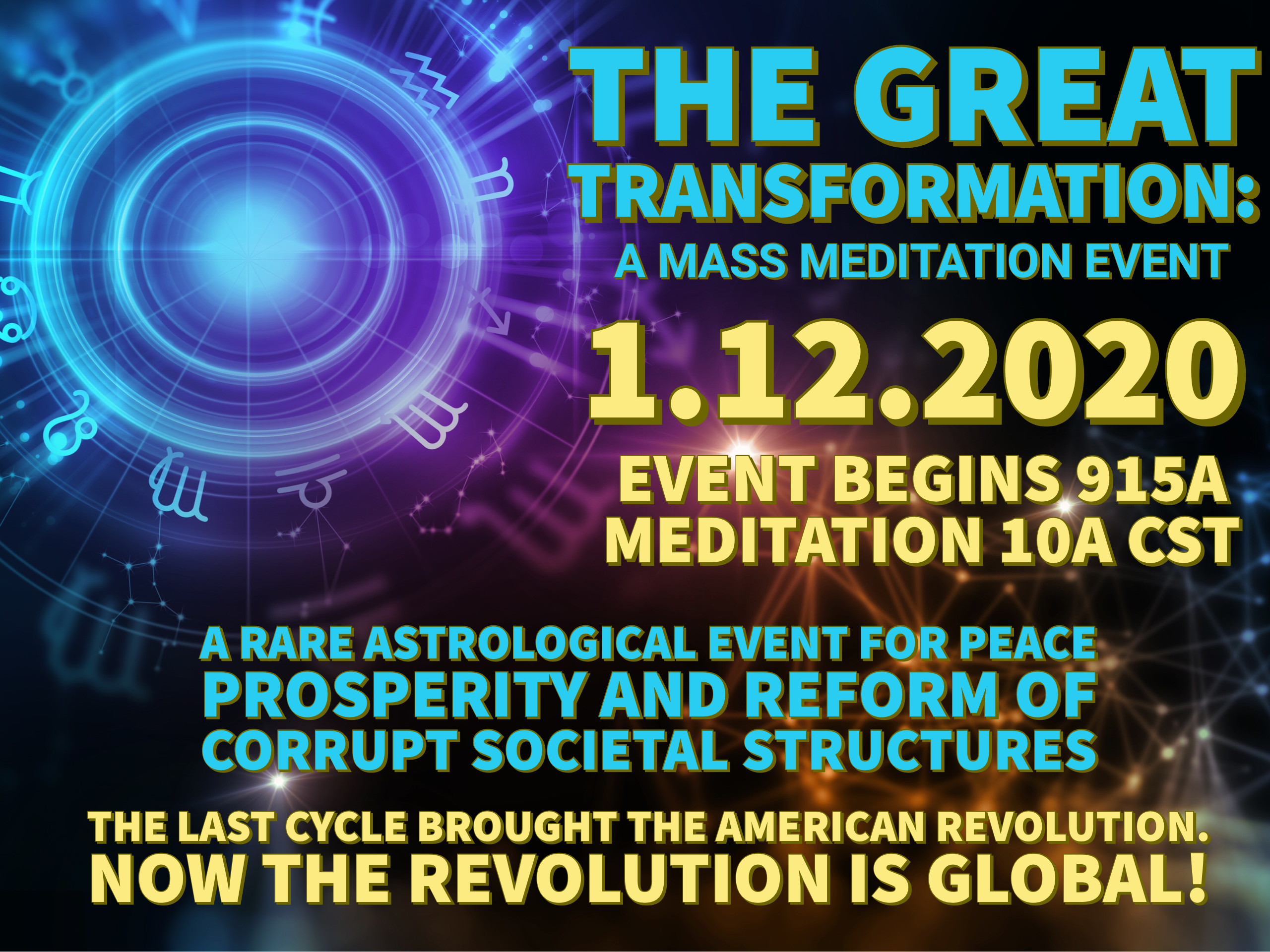 Join Disclosure activists, musical guests, and our human family around the world in a global mass meditation for peace, prosperity and reform of corrupt societal structures.

Come together for a rare astrological event to focus our collective minds and hearts on raising the vibration of ourselves and our planet. 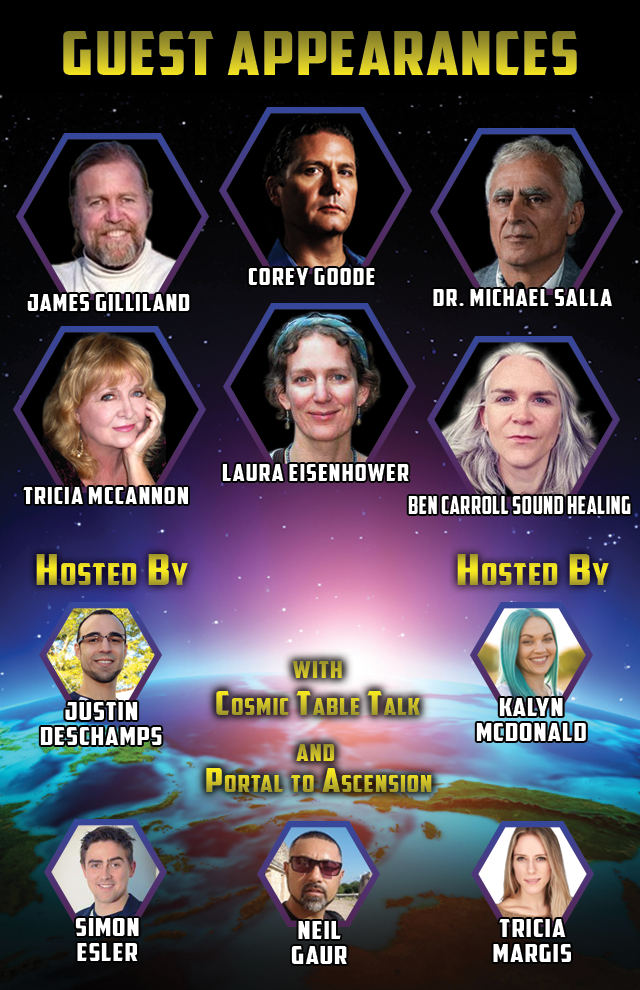 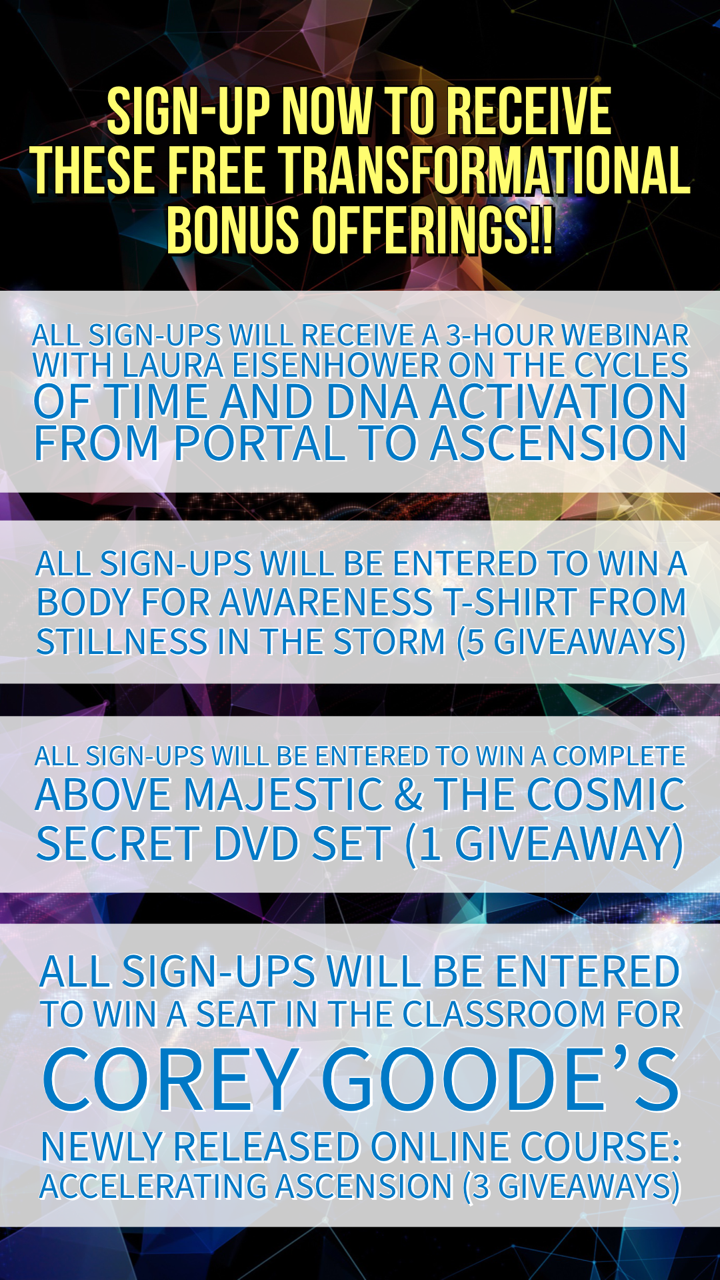 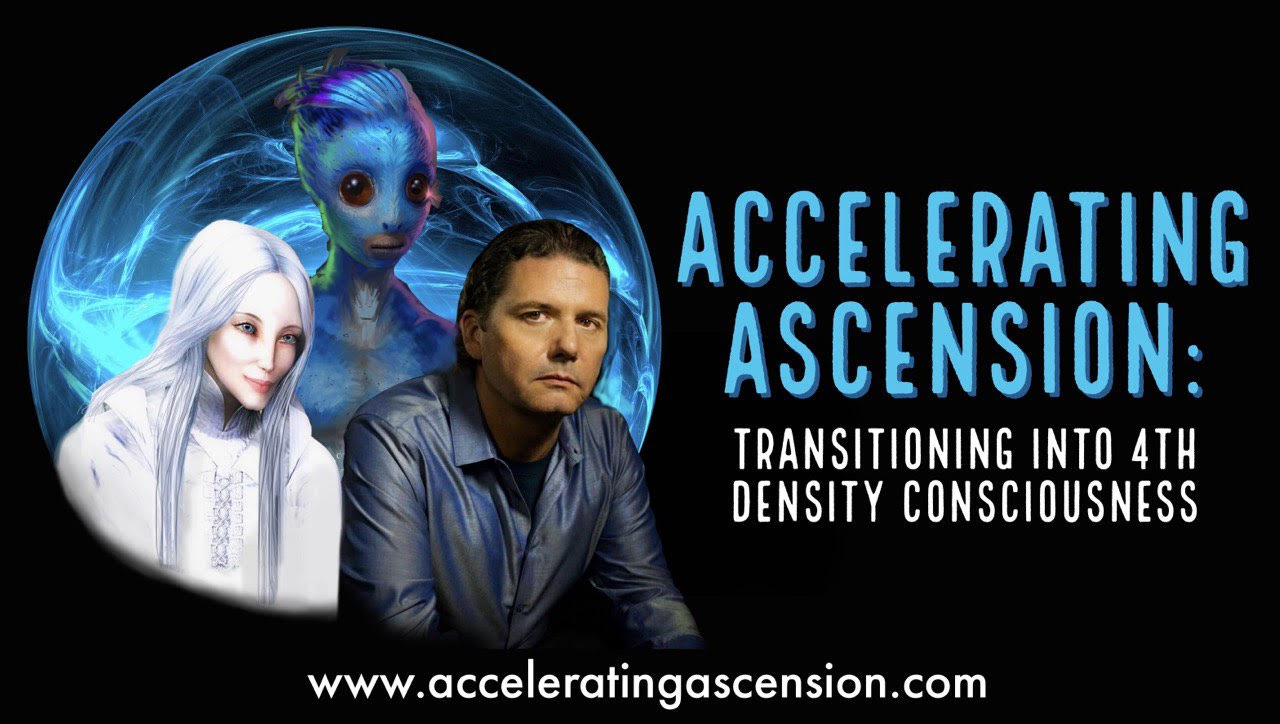 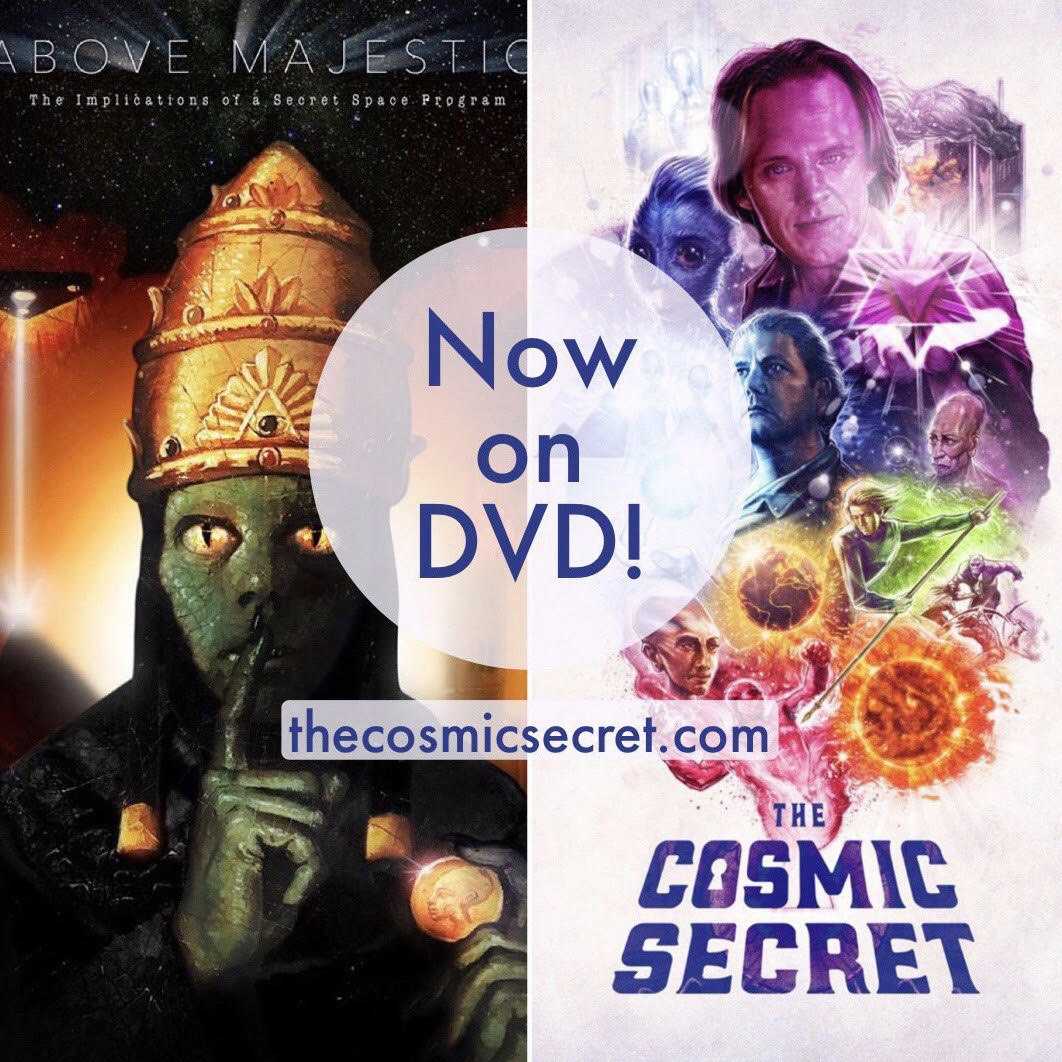 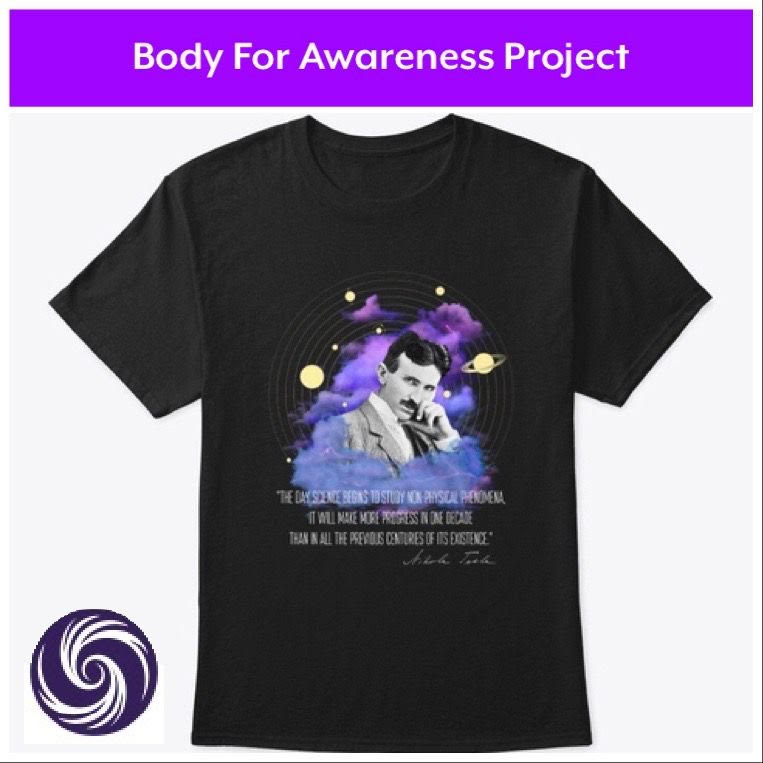 The Cabal and Astrological Events

Did you know that the Cabal/Deep State/Illuminati use astrology as the foundation for their global plans? Have you noticed that false flags tend to occur at astrologically significant times?

A 735-year cycle of Jupiter-Saturn-Pluto occurred circa 1284 A.D. During this time, the rules and laws used by the elite began to transition from overt slavery (bondage) to free-range slavery (workforce) at the priest class level of society. In 1757, a 359-year cycle of Pluto-Eris began, which coincided with the Rothschild family's rise to banking power along with the spread of fractional reserve banking throughout the world. This financial shift put a great strain on the American colonists, by design, which resulted in the American Revolution in 1765.

Back to The Beginning

The cycles are beginning again. This time, WE THE PEOPLE, are taking back our power and our ancient knowledge of the cosmos for this rare stellar alignment. Together, we will seed the collective consciousness for the coming decade of positive global change. Alongside this grand conjunction is a Saturn Pluto conjunction that takes place every 34 years; known for changing the underlying structures that shape human society. In the past, the people of Earth could not unite to combat those with malevolent intentions for our world. But today, more than ever, we can take a stand against corruption, empower ourselves and each other, and restore harmony to our once peaceful and prospering planet.

A mass meditation for peace, prosperity and reform of societal structures will take advantage of these astrological cycles known for reforming global structures. We will take back OUR POWER and bring forth positive reforms across our world; reshaping our nations, our economies, our societies, and our own human affairs!

We use cookies and other similar technologies to improve your browsing experience and the functionality of our site. By clicking "Accept All Cookies," you consent to the storing on your device of all the technologies described in our Cookie Policy. You can revoke your cookie attestation by clearing your browser session and clicking "Dismiss".